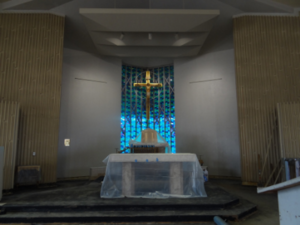 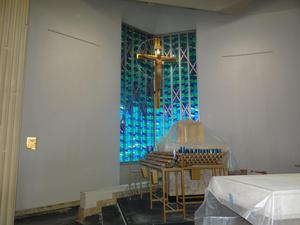 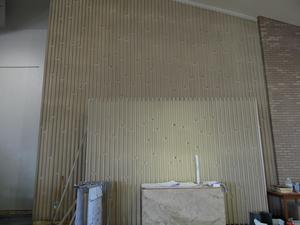 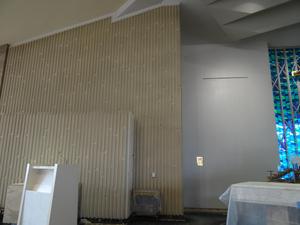 The Sanctuary project has been approved and will be included in the RGH construction plans.

Extra, Extra, Big News. Restoring God’s House is getting closer to completion. There is no exact date at this time, but we are hopeful for some time in May.

Now the BIG news. When the project was in its planning stages, and the costs of materials and labor skyrocketed due to the expanding economy, there were aspects that had to be deleted to reduce costs. The large front glass entrance was scaled back, and the sanctuary redesign was abandoned to reduce costs.

Now, I am happy to report that the sanctuary redesign will take place. Since the end of the capital campaign, more than $700,000 in additional donations have been received. These monies came from a number of parishioners, which included bequests from wills. Then, in an unexpected announcement, the general contractor informed the parish that construction, if it continues without any unforeseen problems, and no further issues are expected at this late date, the project will come in under budget. (When was the last time anything ever finished under budget?) These two factors have made it possible to move forward with the sanctuary improvements. The parish presented its request to the Archdiocese and on Tuesday March 16, the College of Consultors gave the green light to begin the sanctuary portion of the project.

This is BIG NEWS, it is an answer to our prayers. When construction began there was little, if any, hope that the sanctuary portion could be undertaken. We had already conceded to the reality that the windows could not be upgraded. (Windows will be a future project, someday) Now our parish can move forward knowing that the major part of the work will be completed. Work on the sanctuary will begin this week. Join me in a prayer of thanksgiving for those who were so generous and allowed this dream to come to completion.