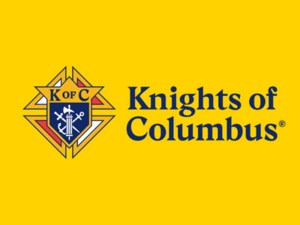 Together, we’re empowering Catholic men to live their faith at home, in their parish, at work & in their community.

Just when I thought things would settle down for the Knights, it was time for the annual KOC Soccer Challenge at St. Michael the Archangel’s home field next to the Wilson Barn.  The Knights started the day off with 10:00 Mass at the Church, a hearty breakfast at Senate Coney Island, and then a group of us headed over to the field to set up the nets and oversee the competition.  The soccer team attended NOON mass and joined us around 1:30 for penalty kicks and doughnuts.  Could it get any better than that?

As mentioned previously, Msgr. Tindall has graciously allowed your Knights of Columbus council to have a membership drive at the church the weekend of October 1 and October 2 after all masses.  I will do my usual pulpit talk (limited to four minutes) about why every man attending Mass at our parish SHOULD be a member of the largest Catholic men’s fraternity in the world, currently over two million members.  Have you ever thought of becoming a Knight of Columbus?  The Fr. Daniel A. Lord Council is totally affiliated with St. Michael the Archangel Parish.  Join us at the table in the back of church after the Masses that weekend.  Members will be available to answer questions and to sign you up – it only takes 5 minutes.  Hope to see you then!  For additional information, e-mail me at [email protected].  Larry Utter, Grand Knight, Fr. Daniel A. Lord SJ Council #3959