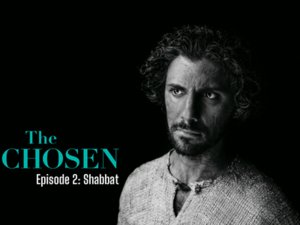 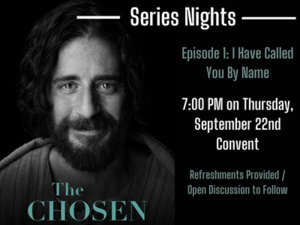 We are showing The Chosen as part of our Series Night. Come watch Ep. 1 on September 22 with us!
The Chosen is a fan-supported, seven-season episodic television series that creates an authentic and intimate picture of Jesus’ life and ministry, seen through the eyes of the people who knew him. Over the course of its first two seasons, the series has garnered praise from critics and fans alike for its historical and biblical accuracy, playful spirit, stirring drama, genuine humor, and disruptive impact. Filming for Season 3 is currently underway with an anticipated release in late 2022.
Watch Season 1 Episode 1: I Have Called You By Name with us on Thursday, September 22 at 7:00 pm in the convent. Refreshments will be provided, and an open discussion to follow after the episode.
Print